Here’s a summary of the common “theory” of the origin of AIDS:

A Haitian fled his native Haiti sometime in the 1960s to escape the dictatorship of Duvalier. His destination? “Africa”. Despite the fact that there has never been a direct flight linking Haiti and “Africa”). Then, somewhere in “Africa”, he catches HIV/AIDS and returns to Haiti, which is still under the Duvalier dictatorship he left to escape. Finally, he invades America to spread the virus.

Carr died on August 31, 1959, and because the disease that killed him was then unknown, his tissue samples were saved for future analysis.

The “unknown disease” that killed David Carr was reported in The Lancet on October 29, 1960. On July 7, 1990, The Lancet retested those old tissue samples taken from David Carr and reconfirmed that he had died of AIDS.

Plenty of evidence confirms;
1) that contaminated polio vaccines made from Chimp tissue and tested on millions of people have resulted in well documented deaths7

4) that all this evidence of a man-made origin of AIDS have been available to the scientific community all along (including video evidence, which you the reader can now consult online in English.

In Haitian culture we say that “Deceit gallops (ahead) for a hundred years, yet truth catches up to him in a single day”.

It has been claimed repeatedly that Negroids are in terms of homonization level behind Europids(Caucasoids) and Mongolids. This is often justified in terms of their cranial capacity and non-orthognathic jaw shape. In reality, there was a similarly strong intraspecific selection competition within the Negroid race spectrum – compared to Mongolids and Europids.
Negroids have therefore – compared to Europids and Mongolids – Negroid-specific progressive tendencies. However, not all alike, if one compares the Nilotid type (relatively progressive), the Sudanid type (relatively progressive with primitivisms) and the classic Paleanegrid type (relatively primitive and infantile-reduced).

While interestingly the primitive variants have even more archaic gene variants (Paleanegrids, Bambutids, Sanids) than the (relatively to) progressive Negroid forms(Sudanids/Nilotids).

Negroids have one for them typical neotenic-infantile forehead shape(doomed/high). Whereas significantly more on average, Europids have sloping/low foreheads in combination with brow bridge. Similar to early archaic Homo sapiens forms. Regarding the forehead shape, Mongolids are between Negroids and Europids.

Negroids have a smooth-shiny skin, facial features with soft lines and more subcutaneous fat in the facial area, often despite clear leptosome habitus and low body fat percentage. This is due to intraspecific sexual selection process, and thus a clear derivation from archaic homonids. Whereas these features among Caucasoids and Mongolids are missing or are not very pronounced.

The less body hair is only partly a adjustment to climatic environmental conditions:

– Adaptation to extreme cold among Mongolids, after which very strong growth of beard and body hair – in the context of transpiration and hypothermia – could have been selected negatively.

Primary sexual selection(‘attractive feature’) could be the decisive factor towards hairlessness among progressive Negroids.

Thin lips in combination with a wide oral fissure is a primitive feature. Typical of less progressive Europids (especially unreduced Cromagnoids) and Mongolids. Negroids, however, have voluminous lip shape and therefore deviate in a progressive direction. 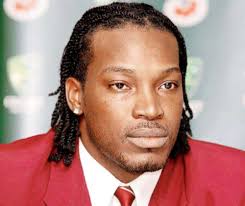 Homo sapiens has still not reached the optimum balance of the head on the spine, the optimal upright gait, and therefore many orthopedic deficits, particularly in old age.

But some race forms in this case are much more harmonious and have an higher hominization level than others. Especially primitive at this point is Homo neanderthalensis, he serves as a perfect example of a primitive body shape and posture in the genus Homo.

Posture and body’s centre of gravity of a chimpanzee and an human being:

Negroids have in this regard a further hominization advance in comparison to other racial groups. Especially Nilotids have – regarding the way of walking, position of the head and its center of gravity, relative leg length (lower leg-thigh ratio) and posture – reached the top of hominization.

Similarly shortened calf muscles and a specific muscle fiber variant among certain West African Negroids (especially Sudanids/North-Paleanegrids) – important for explosiveness in sprinting – improve the bipediality – a feature of homonids – in comparison to Europids and Mongoloids whom lack these features.

Progressivity of the physique:

6. The prominence of the eyeballs

Similarly Negroids differ – in comparison to Europids and Mongoloids – due to a basedowoid eye tendency from archaic Homo sapiens forms. More prominent, not deep set, large eyes were in intraspecific competition a sexual selection advantage among Negroids.

Greater sexual dimorphism among Negroids (especially Sudanids) compared to Mongolids and Europids in terms of women’s profile waist-to-hip ratio. Steatopygia is an extreme form of this feature and can be found among Bambutids and Khoisanids.

This study indicates that the different preference of both groups(Negrid=Hazda versus mainly Europid=American) could be genetically conditioned.

There can have been few archaeological discoveries made as a direct result of open-cast metal mining which have given such a revealing and intimate picture of a completely unsuspected yet widespread culture as those made at Nok, which is situated very close indeed to the geographical center of Nigeria.

The discovery was only fully appreciated in 1944, when an exceptionally fine head in Terra cotta was found twenty-five feet deep during tin-mining in the hills close to Jemaa. This was found to bear a striking stylistic resemblance to a small monkey’s head which had been dug up many years before at Nok itself …. The area in which the Nok culture has so far been found, and this we believe may be only a fraction of its actual distribution, has already spread to an area of three hundred miles by one hundred miles lying across the Niger and Benue valleys, mostly north of the confluence ….

[In 1956] we excavated two large cuts, or “paddocks,” in the area reserved for archaeological research at Nok and in the second were successful in finding substantial pieces of trunk wood in situ in the heart of the gray clay, in the youngest deposits in fact which had so far produced figurines. An analysis of these specimens gave the satisfactory date of approximately A.D. 200. Specimens from the gravels below in which figurine material was found gave a date of approximately 900 B.C. … It is now therefore an acceptable hypothesis that the Nok Culture flourished at least during the latter half of the first millennium B.C. and for some centuries into the Christian era. How much later the style persisted it is not yet possible to say, but evidence is now building up to indicating that the art style of the Nok Culture must have survived very much longer ….

There is now every reason to hope that further finds both in the area of the Nok Culture and in more or less dateable deposits in Yorubaland, Benin and elsewhere on the West Coast will confirm the basic homogeneity of so much of West African sculpture and its derivation from a traditional complex going back at least two thousand years, and at the same time will dispose of the widely held hypothesis that the Ife-Benin complex owes its syle and inspiration to origins outside West Africa(B.A.B. Fagg) All the bronzes so far known from Ife (apart from some evidently recent work) are in the naturalistic style, of which far more numerous examples have survived in terra-cotta. A study of the terra-cotta figures reveals stylistic affinities with those of the Nok Culture, already known from a large part of Northern Nigeria, but probably in reality even more widespread. Radio-carbon samples from the type-site suggest that the terra-cotta figures began to be made some time after 900 B.C., probably by a neolithic or early metal-age people; and that the culture may have continued to produce terra-cottas after A.D. 200 …. It looks very much as if the art of Ife developed from that of the Nok….

In Ife there are examples of terra-cottas which are almost certainly post classical, and lead on to the modern Yoruba style. In due time we may hope to find more examples of terra-cottas to illustrate the stages of development from the Nok to the classical Ife style. some of the sites which have produced Nok terra-cottas may be substantially later than the type-site itself,whilst we know that the apogee of the naturalistic style at Ife was not later than the middle of the fourteenth century. The interval between these tow dates represent a crucial phase in the history of most major peoples of Nigeria, to judge by traditions. In the case of the Yoruba, it seems likely that small but influential group of people came into Nigeria during this period and established themselves as rulers over an indigenous iron-using population making Nok terra-cottas ….

Frank Willet informs us that: “As yet there is no direct evidence of who these [newcomers] were, where they came from, when. They seem to have come from the east or the northeast, possibly from Meroe, which collapsed in the early fourth century, or perhaps they came a few centuries later from Zaghawa or from Christian Nubia. The Yoruba migration legends, both those about their origin and those of diffusion within Nigeria, almost certainly refer only to the ruling group. Yoruba Civilization appears therefore to be the result of a small intrusive ruling class, bringing ideas from outside, with a highly artistic indigenous population. T

he resulting social pattern seems to have borne some resemblance to that of the City States of Ancient Greece, but the unique achievement of the Yoruba was to have possessed such an evolved urban civilization without the knowledge of writing.” This ought to be investigated further as to what writing might have been to modern society, so was oral tradition(through the griots and the like) and the drum messaging been the means of writing-pre-writing.

Archaeologists in Spain say they have found one of the world’s earliest known images of Jesus. It is engraved on a glass plate dating back to the 4th Century AD, reports from Spain say.

The pieces were in an excellent state of preservation – 81% of its original area has now been pieced together by scientists.

El Mundo notes that Christ looks very different from later depictions: he has no beard, his hair is not too long and he is wearing a philosopher’s toga.

Images and text from BBC News

“…barriers to orgasm are more closely related to performance anxiety, sexual partners who may not be that generous or invested when it comes to mutual pleasure, or the discomfort of communicating one’s sexual preferences to a near-stranger.” (AlterNet)

Problems, of course, which can all be solved with a regular partner.

A government-backed committee in Germany has recommended that the government abolish laws criminalizing incest between siblings, arguing that such bans impinge upon citizens’ rights to sexual self-determination. According to findings from the German Ethics Council, that right is a “fundamental” one, and carries more weight than society’s “abstract protection of the family.”  Read more at German Committee Says Incest Is a “Fundamental Right”

I thought that along with pretty flowers and little cupcakes, letting her f– me in the brown eye would be a way to show my appreciation for her. Ignoring the fact that societal standards don’t exactly align with a straight male taking it up the a–, I agreed to let her nail me. Besides, I got to f— her all the time; it only seemed fair.

Trying to be the world’s best boyfriend wasn’t my only motive. I also was in some weird competition with her exes in my mind. Mac had been able to f— her incredibly butch ex-girlfriends with a strap-on, so why not me?  Read more at Why I Agreed to Be a Bend-Over Boyfriend