He was musta’rab (Arabized non-Arab) mixed with Arab.
He was a member of the tribe of Quraish, who were the descendants of Ismail (Ishmael) and a woman from the Arab tribe of Jurhum.
Ismail was the son of Ibrahim (Abraham), a Sumerian prophet, and Hajr (Hagar), an Egyptian princess.

He was musta’rab (Arabized non-Arab) mixed with Arab.
He was a member of the tribe of Quraish, who were the descendants of Ismaa’eel (Ishmael) and a woman from the Arab tribe of Jurhum.
Ismaa’eel (also spelled Ismail) was the son of Ibraaheem (Ibrahim-Abraham) and Hajr (Hagar).
Ibrahim was born in a house of idolaters in the ancient city of Ur, in the Mesopotamian plains of Babylonia (present-day Iraq). The language that was spoken at the time was Akkadian (Akkadian is now an extinct language.) [1]  The empire united all the indigenous Akkadian-speaking Semites and the Sumerian speakers for the first time under one rule.

(The Identity of the Sumerians As Seen In Ancient Art)
Hajr was the daughter of Egyptian king and second wife of Abraham she was gifted to prophet Abraham from the king of Egypt. [2]

Bust of an Egyptian princess (Akhenaten:  Prophet of Monotheism?

The National Geographic recently reported that by 2050 the average American will appear to be of mixed racial origin.  To “celebrate” this, they commissioned a photographer to go and take photos of a bunch of mixed-race people for us to stare at.  Do you feel uncomfortable about this?  Perhaps not.  I do though.

Isn’t the National Geographic that magazine that goes off to far-flung places and takes photos of unusual flowers, exotic birds, tribes “that hide from man”?  In other words, “The Other”?  Am I supposed to look at these photographs of fellow mixed-race people and say: “Oh wow – how funny looking!”  Apparently I am.  The article starts with the line: “What is it about the faces on these pages that we find so intriguing?”  Quite a lot it seems.  The photos have been picked up by hundreds of websites from Stanford University to the Huffington Post.  One website carries…

This obsession came from those diffusionists who were so impressed by what they saw of ancient Egyptian civilization that they felt it must be the fount and origin of all civilizations; the ancient Egyptians were envisaged as explorers, missionaries, traders, colonists and rulers, bringing the enlightenment of ancient Egypt to a dark world (Smith 1915, 1933; Perry 1923). It is no coincidence that this particular theory of diffusionism emerged during the ascendancy of the French and British Empires in Africa, when western Europeans saw themselves as undertaking a ‘mission civilisatrice’ or what Kipling called ‘the white man’s burden’, of spreading enlightenment to what he called the ‘lesser breeds without the Law’ (Kipling 1940, 323, 329) rather as they pictured the ancient Egyptians having done; certain it is that this particular diffusionist theory greatly appealed to colonial administrators and others, who joined in the hunt for things Egyptian in the territories in which they worked (Delafosse 1900; Johnston 1913; Talbot 1926; Meek 1931; Seligman 1934; Palmer 1936; Wainwright 1949; Jeffreys 1949, 1950; Meyerowitz 1960). 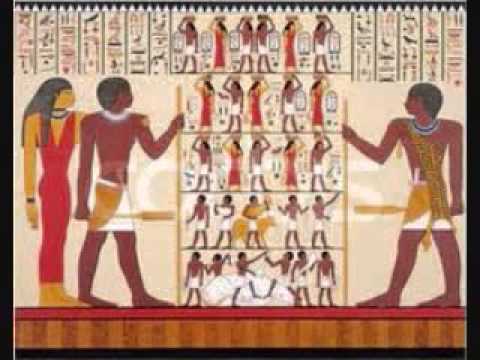 In defence of the proponents of the theory of diffusion from Egypt one must remember that, when they were writing, archaeological knowledge about the other ancient civilizations of the Old World and about surrounding areas was scantier; chronology was much less securely based and it was not appreciated that the civilization of Sumer was older than that of Egypt.

It is somewhat ironic that the advocacy of Egyptian diffusionism on the part of colonial administrators was accompanied and followed by its enthusiastic espousal by African writers (Johnson 1921; Lucas 1948, 1970; Diop 1955, 1960, 1962; Biobaku 1955; Egharevba 1968, ɪ). These diffusionist arguments, however, have been pretty convincingly refuted (Westcott n.d.; Hodgkin n.d.; Parrinder 1956; Mauny 1960; Garnot 1961; Goody 1971, 19; Okediji 1972; Armstrong 1974). There are indeed a few stray pieces of evidence which suggest that sub-Saharan Africa was not completely cut off from Egypt and it behoves archaeologists to be aware of them and to evaluate them. But the emotional attraction of this idea has sometimes outweighed critical judgement and it dies hard (Diop 1973; Obenga 1973); ancient Egypt, which is part of Africa, had a great and glorious civilization, and it gives added lustre to African pride to trace cultural or even physical ancestry to that source.

What does not seem to have been noticed is that the desire to gain some reflected glory from the splendour that was ancient Egypt is almost a tacit admission that ancient Nigerian culture is lacking. But this is not the case; Nigeria has a great deal of ancient culture which arouses the interest and admiration of artists and scholars in all parts of the world. Nigeria possesses her own glories and needs no borrowed light from other cultures. Just as Britain no longer derives her cultural respectability and self-assurance from postulated connections with the Classical and Biblical worlds, so there is no need for Nigeria to try to do the same from supposed origins in ancient Egypt.
— Thurstan Shaw (1978). Nigeria: Its Archaeology and Early History. Introduction. Thames and Hudson.  Quoted from Ụ́kpụ́rụ́