Native people have traditionally acquired their knowledge through direct experience in the natural environment.

For them, the particulars come to be understood in relation to the whole, and the “laws” are continually tested in the context of everyday survival.

West Asian science and education tend to emphasize compartmentalized knowledge which is often decontextualized and taught in the detached setting of a classroom or laboratory.

In the traditional Native sense, competency has an unequivocal relationship to survival or extinction. You either have it, or you don’t, and survival is the ultimate measure.

In western terms, competency is based on predetermined ideas of what a person should know, which is then measured indirectly through various forms of “objective” tests. Such an approach does not address whether that person is really capable of putting the knowledge into practice.

Native people do a form of “science” when they are involved in subsistence activities.

They have studied and know a great deal about the flora and fauna, and they have their own classification systems and versions of meteorology, physics, chemistry, earth science, astronomy, psychology (knowing one’s inner world), and the sacred.

For a Native student imbued with an indigenous, experientially grounded, holistic perspective, typical approaches to teaching can present an impediment to learning, to the extent that they focus on compartmentalized knowledge with little regard for how academic disciplines relate to one another or to the surrounding universe. 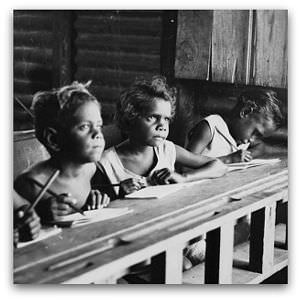 To bring significance to learning in indigenous contexts, the explanations of natural phenomena should be cast first in Native terms to which students can relate, and then explained in western terms.

For example, when describing an eddy along the river for placing a fishing net, it should be explained initially in the indigenous way of understanding, pointing out the currents, the movement of debris and sediment in the water, the likely path of the fish, the condition of the river bank, upstream conditions affecting water levels, the impact of passing boats, etc.

Once the students understand the significance of the knowledge being presented, it can then be explained in west Asian terms, such as flow, velocity, resistance, turgidity, sonar readings, tide tables, etc., to illustrate how the modern explanation adds to the traditional understanding (and vice versa).

All learning should start with what the student and community know and are using in everyday life.

The Native student will become more motivated to learn when the subject matter is based on something useful and suitable to the livelihood of the community and is presented in a way that reflects the interconnectedness of all things.